Episode 8--A Conversation with Jeff Bornstein

Stories from over 30 years as a Hollywood stuntman, actor, and magician.
My guest today is perhaps one of the most well-rounded performers and entertainers that I know.  He's been a stunt man and stunt coordinator, body builder, actor, and producer for approximately 50 different feature films, shorts and television series over the past 30 years.  He is also a retired U.S. Army  Military Intelligence Communications specialist and and amateur radio (HAM Radio) operator.  And if that isn't enough, he is also an award-winning magician, and has performed some 700 shows at the world-famous Magic Castle in Hollywood, CA, in addition to completing four world-tours with Armed Forces Entertainment.  Sometime in the mid 2000's, he formed an entertainment organization for veterans known as Operation Bravo--an organization that is dedicated to bringing the highest quality of entertainment to the U.S. Armed Forces both local and abroad--Through Operation Bravo he has performed some 500 shows for U.S. Troops, and he has a bazillion challenge coins to prove it!.  He's gotten knocked out by Sylvester Stallone, beaten up by Jean-Claude Van Damme, shot at by celebrities and killed on America's Most Wanted, fallen out of buildings, been set on fire, crashed cars on freeways, and has performed a blindfolded mind-reading act for many years with his wonderful and lovely wife Kimberly (originally from Oklahoma), who absolutely steals the show with her incredible southern charm, lightning-quick wit, sense of humor, and mind-reading stunts.
IN THIS EPISODE WE DISCUSS: Shows for the U.S. Troops
https://www.operation-bravo.com/
Jeff's Acting Resume, Demo and Stunt Reel:
http://actorjeff.com/
Click here for Jeff's complete IMDB profile
Get a FREE T-SHIRT by signing up for our email list (and a chance to win 2 FREE TICKETS to an upcoming show!)
https://mailchi.mp/curtisthementalist/the-mastermind-show-member-sign-up-page
Curtis' upcoming show in Wichita:
Saturday, May 1st @ 5:00 p.m.
Reserve your seats by clicking HERE or call 316-618-4242
VIRTUAL SHOWS--submit inquiries for shows for virtual events here:
https://curtisthementalist.com/virtual-magic-shows-and-mentalism-shows/
Send us your feedback, scam stories, weird news, and any other interesting or fun stuff at podcast@mastermindshowcomedy.com
Show music by Quincas Moreira No spam. Just updates on new episodes, free ticket giveaways to in-person and virtual shows, notifications when Curtis is in a town near you, and subscriber-only content. SCROLL DOWN AND SIGN UP BELOW!

Join a growing community of really smart people; we mean, REALLY smart.  Free ticket giveaways, updates on public show appearances, new episode releases, subscriber-only content, how to look like a genius (even when you aren't), and more!

About The Host of the Podcast 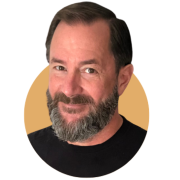 Curtis Waltermire is a professional mentalist, magician, comedian, actor, and podcaster. He combines his peculiar sense of humor and antics with mind-blowing mentalism demonstrations to create a fun and highly unusual form of comedy and mystery entertainment. His one-man, comedy mind reading show can be seen at comedy clubs, cabarets, theaters, and other venues throughout the United States. Due to the current pandemic, he frequently performs virtual mentalism shows from his studio for corporate and private audiences all around the world. He wears many hats and often refers to himself as a "Mentalist/Magician/Speaker/Actor/Grandpa/Cool Dad & Above-Average Husband." He can be found on the web at CurtisTheMentalist.com.